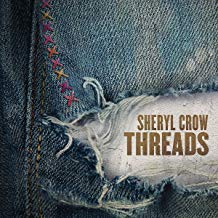 It’s time for a change of pace. Let’s talk music. Some of you may not know this but during my junior and senior years in college I was part of a group that brought in and promoted concerts. We had Elton John and Jimmy Buffet and Linda Ronstadt and Jackson Browne, just to name a few. I miss those days!

But this blog is not about me. It’s about this amazing new album released from Sheryl Crow called Threads. This album reminds me of those days of anticipation for the new release from a favorite artist, of impatience to hear the next track to learn if it is as good as the one before. This album is everything you expect but dare not hope for from your favorite musician.